The Typical Timeline for Baby Teeth 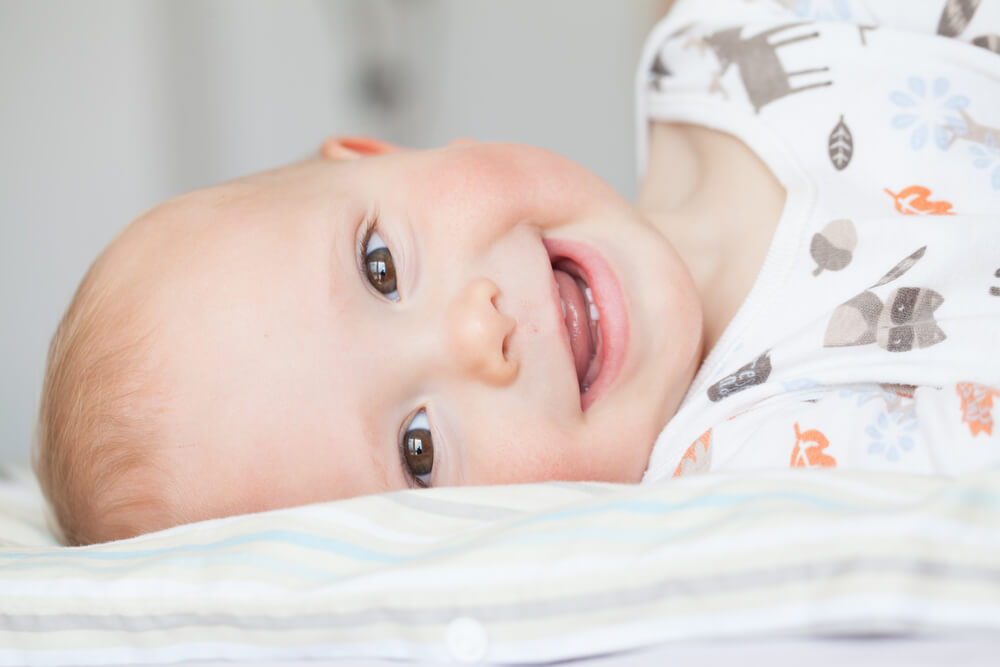 TWO OF THE BIGGEST milestones of child development are when their baby teeth start coming in and when they start being replaced by adult teeth. First-time parents probably have a lot of questions about what’s normal and whether it’s time to worry, so we want to give you a quick guide to when you can start looking for the signs of incoming teeth and when they might start to get loose.

By week six of pregnancy, tooth buds begin forming. They grow through the rest of the pregnancy and after birth in a process called odontogenesis. Even after the teeth begin to push through the gums, the roots still have some growing left to do.

You might think the canines would come next because they’re the next teeth in the arch, but instead, it’s the first pair of lower molars, then the upper molars. Only then do the canine teeth catch up, and the second set of molars are the last to appear. By age three, most toddlers will have the full set of twenty baby teeth.

When to Bring Concerns to the Dentist

If you’re worried that your toddler’s teeth might not be arriving on schedule, feel free to get in touch with us. In most cases, there’s no cause for concern until month eighteen comes and goes and no teeth have appeared. But whether those teeth come in early or late, as soon as you see the first one, it’s a great time for a baby’s first dental appointment!

On average, kids start losing baby teeth around age five or six. If it’s taking a little longer, they might start to feel left behind by their peers. Losing a tooth is a big rite of passage for kids. It’s a tangible symbol of maturity.

If no teeth are becoming loose by their seventh birthday, it could be time for the dentist to take a look to find out why. Most of the time, there’s nothing to worry about, and late-blooming teeth actually tend to be stronger and more cavity-resistant than the early ones!

What Are Natal Teeth?

In rare cases, a baby might be born already having one or two teeth. This doesn’t mean they’re way ahead of their developmental schedule, though; these teeth are natal teeth, and they aren’t part of the normal set of baby teeth. Most of the time, when they appear, they’re shaped oddly and have weak roots, making them very loose. Doctors might even remove them before the parents bring the baby home from the hospital.

Over the centuries, different cultures have had a wide range of reactions to these weird (but harmless) extra teeth, both positive and negative. They were considered bad luck in China but a sign of a wonderful future ahead in Europe. Some Ural-Altaic tribes considered natal teeth a sign that the child was a sorcerer.

Keep Brushing Teeth of All Ages!

Whether a child is six months old and just cut their very first tooth or they’re a teenager with nearly a full set of adult teeth, every tooth needs to be cleaned daily. Establishing healthy brushing habits in childhood while kids still have their baby teeth makes it much easier for them to continue those habits into adulthood.

Our patients are the best!